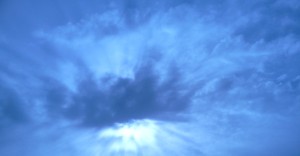 TGIF Today God Is First Volume 2 by Os Hillman Saturday, September 22 2012
“I tell you the truth, anyone who has faith in me will do what I have been doing. He will do even greater things than these, because I am going to the Father“(John 14:12).

The CEO was excited that he’d found the right man to be general manager of his growing enterprise. He had all the training, the right skill set, and great people skills. The CEO gave him all authority to fulfill his role. However, after six months the CEO had to fire him. It seems the general manager refused to use the empowerment given him to accomplish his tasks.

Great leaders, mentors, and managers must empower others to fulfill the mission of any organization. Jesus invested time and energy developing leaders. Only at the point at which they could properly manage the resource did Jesus empower them. The teacher who offers empowerment too early sets up followers for failure. On the other hand, the leader who fails to empower capable people creates frustration.

Part two of good empowerment is engaging your follower to use his/her authority entrusted to them to fulfill their mission.

Jesus imparted to his followers a balance of both of these concepts. Peter was not ready for leadership before the crucifixion. He failed to use the empowerment given to him by Jesus. It required a failure in Peter’s life before he matured in his leadership. However, once Peter began to appropriate from Jesus what He had imparted to him he became a powerful and effective leader. Jesus told his disciples they would be able to not only do what He had done, but they would do even greater things than He did.

This is a key attribute of a leader who wants to empower others to advance their mission.

4 thoughts on “Empowering Others”